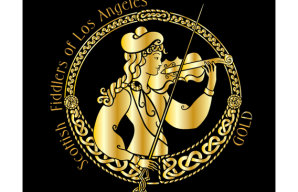 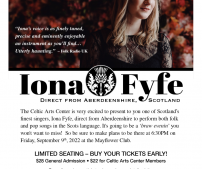 The Celtic Arts Center is excited to present one of Scotland’s finest singers, Iona Fyfe, direct from Aberdeenshire to perform folk and pop songs in the Scots language. She and her accompanying musicians are on their world tour and will be making a special stop on Friday, September 9th to perform at the Mayflower Club in North Hollywood.

The Mayflower Club
11110 Victory Blvd.
North Hollywood, CA 91606
(Located on south side of street just west of Vineland Ave.
with ample parking in the lot behind the building)

More info on Iona Fyfe at: